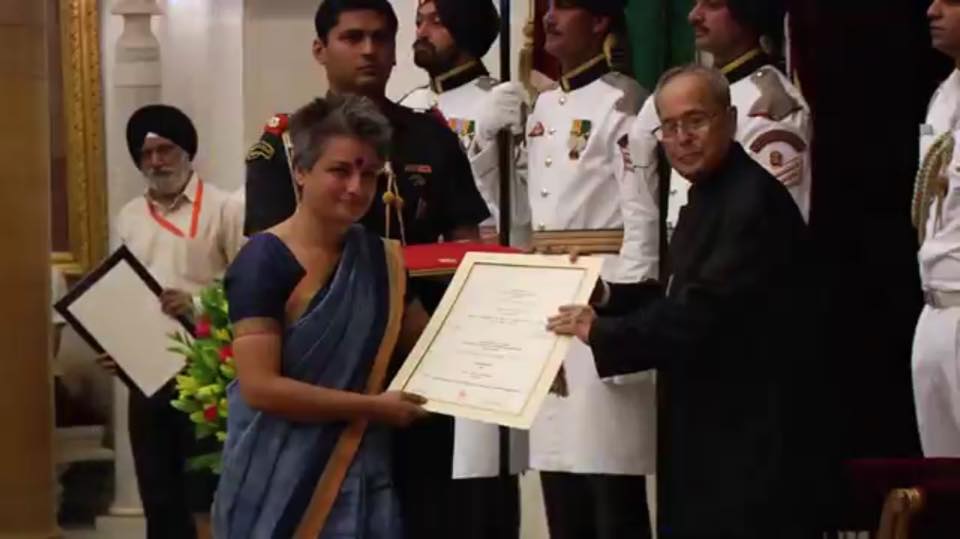 On the International Women’s Day, as Vasu Primlani received the Nari Shakti Award from Indian President, Mr. Pranab Mukherjee, she became the first stand-up comedian in India to get that award. It is important to note that of her many achievements, Vasu wears this badge of honor as a stand-up comic, that slender group of feminists who are emphatically scripting how we negotiate being women in India.

An LGBT activist, Vasu tackles serious issues like rape and women’s safety in her comedy routines. A corporate trainer, professor, environmentalist, somatic therapist and triathlete, Vasu is currently training for Half Ironman.

High-fiving her off on this journey as we bring you an interview with her soon. Meanwhile, check out her comedy videos here.