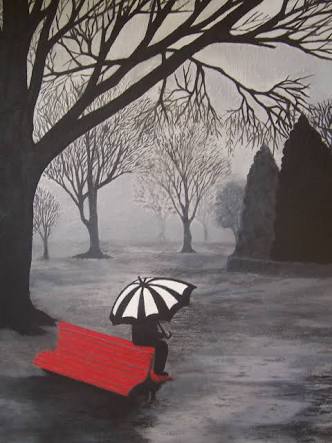 Speak Up Against Emotional Abuse

I have confronted several cases where women have been the subject of emotional abuse.

Women go into abusive relationship thinking it’s okay – well, hear this – it’s not. Just because a person doesn’t hit you physically it doesn’t mean they aren’t abusive. Abuse is control, blatant disrespect of one’s dignity and use of hurtful words to wound an individual emotionally and psychologically.

Don’t settle for emotional abuse thinking it’s ok because it’s not physical.
Studies have established that the emotional abuser is in reality, broken mentally and suffers an inferiority complex. He becomes unpredictable and volatile. He has nothing else to take out his frustration but to make the woman – his wife/partner/friend the whipping horse of his anger.

It sounds absurd if one were to consider such behaviour rationally but unfortunately such is more common than you might imagine. Women often suffer this abuse silently not knowing what has hit them, afraid to speak out lest they provoke the man into further anger and hesitant to share the incident with the rest of the family because of the humiliation involved.

The episodes of abuse do not last long, perhaps only minutes but the scars they leave behind are extremely damaging to the victim’s self esteem and confidence.

Emotional abuse in the absence of physical abuse is often unrecognized. Although the literature identifies the insidious nature of this type of abuse and the physiological, psychological and emotional harm it often causes, knowledge of how women come to recognize they are being emotionally abused is underdeveloped.

The interviews should be presented in case study form, showing in context the undermining effects of the abuse and any difficulties the women faced in pinpointing what was so wrong with their relationships.

Research should be done to understand the importance of rethinking the nature of abuse from individual explosive acts of violence perpetrated by a certain type of person, to a continual process of more subtle undermining factors which are underpinned by patriarchy and gender inequality. For a more comprehensive picture of emotional abuse it becomes clear there is a need to step away from conceptualizing it in a similar manner to physical abuse and to look not only in terms of acts done, but also in terms of reciprocity and neglect.

In long-term emotionally abusive situations, the victim has such low self-esteem that they often feel they cannot leave their abuser and that they are not worthy of a non-abusive relationship. Adult emotional abuse leads to the victim believing the terrible things that the abuser says about him/her. Emotional abuse victims often think they’re “going crazy.”

In the west, people have dealt with “Emotional Abuse” very seriously but out here in India we think it’s quiet normal to be abused emotionally and we know how dangerous can it be.

It’s time we join hands and go for a cause, let’s reach out to the masses who are the victims of emotional abuse, deal with case studies, rope in counselors, psychiatrists, journalists, if possible drag the emotional abuser to court and get them legally punished since it’s no less than a gruesome murder a murder of a mind, murder of a soul. One word of caution the emotional abuser is mentally unstable and if not fully medicated can turn venomous and you need to keep a safe distance for its them who need a Psychiatrist for sure in addition to long term punishment.

Some scars hurt, some scars go numb, but some scars can usher in a change. Scars from mental cruelty can be deeper and everlasting as wounds from punches or slaps which are not always that obvious; for it’s the psychological invalidation which is the most lethal form of emotional abuse, for it kills confidence, creativity and individuality. You see, it’s the scars you cannot see that are the hardest to heal.
~ Rimli

Rimli Bhattacharya works in the corporate sector but her passion lies in writing. She has published an Anthology “Book of Light” with Speaking Tigers. She writes for TOI, BloomBrite, Poetry of Moon and is a classical dancer.