My first impression of America, as a fresh immigrant cooped up in a tiny studio apartment on snowy days, watching rerun after rerun of famous sitcoms of the 90s was: “Americans must LOVE their comedy!” They love their comedy so much so that here, even grownups watch ‘cartoons’ like Family Guy, South Park, and The Simpsons. This happens only in America! And only in America was stand-up comedy first acknowledged as a serious, respectable pursuit. Jerry, the central character of Seinfeld is a stand-up comedian, and making pretty good money with it too! (Once you’ve heard the expression in creator Larry David’s voice, there’s no turning back 🙂 So, I was hooked.

They say that if one wants to know the culture of a country, one should watch its comedy. From what I gathered, most of American comedy of the 90s was both heartwarming and quick witted. Friends, King of Queens, Sex and the City, or Everybody Loves Raymond – all were worth every penny for the laughs. For the most part, I laughed heartily at trivial concerns of characters, and felt my own petty misfortunes reflected in them. But every once in a while, a little voice at the back of my head kept asking: What’s with the women in comedy?

Seinfeld’s “creative genius” is reflected in making fun of his girlfriend’s misshapen nose, or ‘man-hands’. Rachel of Friends is shallow, Debra of Everybody Loves Raymond is domesticity personified. On the home turf, Kapil Sharma show is notorious for the fat-ugly-oversexualized women (played by men) trope. Carrie (Sex and the City) is fickle, but Miranda is too domineering. If an alien were to watch these shows, what cultural insights would it glean from them?

Women were featured in sitcoms, but not through, or for their talents or originality. For the most part, they were the butt of jokes. They flocked to clearance sales, they fussed over a particular brand of tomato paste, and cried for the lack of ‘proper’ shoes, despite a house-sized shoe closet, e.g. Carrie, from Sex and the City.

Should we be embarrassed to find that mighty entertaining? After all, some stereotypes are true. Does it matter whether a joke is aimed at a wife, a husband, a blonde, a little kid, a neighbor, or a person of color? Should it matter? By politicizing things as trivial as this, are we putting a damper on the light enjoyable moments of life? In Alexander Pope’s words, “What mighty contests rise from trivial things.” 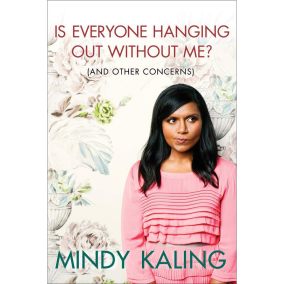 It doesn’t matter, until one day, it does. It matters, when women start shaking off their patriarchal conditioning, and come to realize how much of popular comedy comes from belittling, stereotyping and looking down upon women, insidiously creating a culture where women are the ones with follies, so it is okay to laugh at them. For decades, while these popular sitcoms ruled television, I wondered why was there only one Ellen DeGeneres pitted against a horde of male stand-up comics. Maybe sexist comedy rode a wave created by the rise and fall of Feminism in the 60s through 80s, but now, almost half a century later, women are knocking down the very walls of the genre, trying to rebuild it with rightful space for themselves.

With women like DeGeneres, Tina Fey, Sarah Silverman and Amy Poehler leading the way, more voices from the fringe are now finding appreciative audiences. And it’s not about showing the men down. It’s about highlighting a world-view, encompassing complex, multidimensional lives of women. And their life is brimming with such colorful material for comedy! From pregnancy blues (Ali Wong) to mommy wars, from office drama (Mindy Kaling) to relationship drama (Lena Dunham), there’s never a dull moment. For centuries, did the world mock us for our petty concerns? Well then, we’re going to get back by celebrating them and showing the world why they’re not so petty after all!

A whole new sitcom, The Marvelous Mrs. Maisel, swept all the Emmys for its story of a budding female standup comedian, who hits the bull’s eye: “Comedy is fueled by oppression, by the lack of power, by sadness and disappointment, by abandonment and humiliation. Now, who the hell does that describe more than women? Judging by those standards, only women should be funny.”

Real women like Midge Maisel are now subverting and taking over the very genre that was once a patriarchal tool of oppression and ridicule. What was once taboo, is now our fresh and unflinching comment on the shocking (but maybe also ridiculous) realities of life. And no, we are not asking for sympathy, or a shoulder to cry on. What we can laugh at, we can handle.

Prajakta Paranjpe, adjunct professor of English, based in New Jersey, is a little fish swimming in the ocean of multi-linguistic currents, hoping to find a way through her writing.